Worse than worse! Britain is surprised to see a more powerful mutant virus, and China has suspended flights between China and Britain!

1. AliExpress: Some lines of Cainiao’s official overseas warehouses are offline

According to news on December 25, AliExpress recently issued a related announcement regarding the offline of some lines of Cainiao’s official overseas warehouses.

The announcement stated that in order to enhance the experience of buyers and sellers, Cainiao plans to take offline processing of the three official warehouse lines of Spain delivery, Spanish pan-European delivery, and French overseas warehouse delivery at 0:00 on January 15, 2021, Beijing time.

2. China will suspend round-trip flights between China and Britain

At today’s regular press conference of the Ministry of Foreign Affairs of China, spokesperson Wang Wenbin said: Recently the UK announced that it had discovered a mutated strain of the new coronavirus and has notified the World Health Organization of the relevant information. Many countries have also announced that they will close their borders and Measures such as suspension of round-trip flights and prohibition of entry of British flights. Taking into account the particularity of the mutant virus and the possible impact, in order to protect the healthy exchanges between Chinese and foreign personnel, after a full assessment, the Chinese side has referred to multinational practices and suspended flights between China and the UK. China will closely follow the relevant situation and dynamically adjust relevant control measures as appropriate.

3. Nine variants of new coronaviruses have been found in southern Chile, one of which has not been found in other parts of the world

The relevant research institution of the University of Magellan in Chile pointed out that a total of 9 new variants of the new crown virus have been found in the Magellan region, the most severely affected region of the country, of which one has not been found in other parts of the world and is highly infectious. 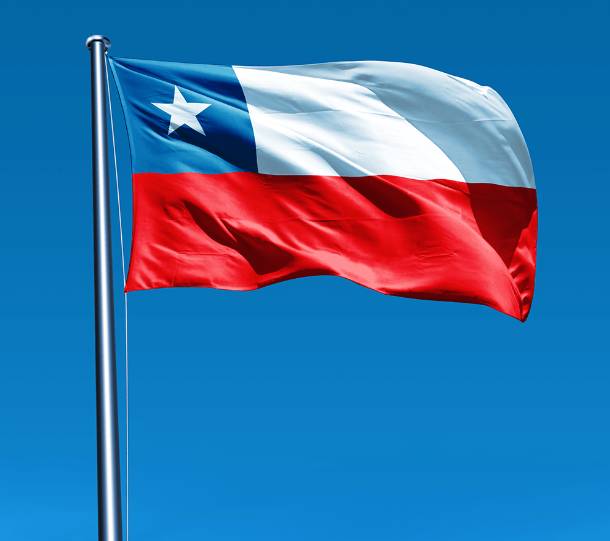 On December 25, according to foreign media reports, a recent survey of food and beverage manufacturers found that at present, 43% of suppliers supplying products for Northern Ireland have plans to stop in the first three months after the end of the Brexit transition period. supplies.

5. Logistics delays caused by the epidemic in part of eBay’s UK and European routes

According to news on December 25, eBay recently issued a reminder notice on logistics delays caused by the epidemic in parts of the UK and Europe.

According to the announcement, due to the spread of the new coronavirus in the UK, the UK and some European countries have begun to implement a new round of epidemic control measures. Any transit vehicles or personnel will undergo strict virus testing, causing potential delays in freight logistics operations. The announcement shows that SpeedPAK’s UK and European route services will still maintain normal delivery, but due to the new round of epidemic control measures, the overall timeliness of package delivery will be delayed to varying degrees.

According to news on December 25, according to the official agreement between France and the United Kingdom, the British inbound French freight transport was resumed on the 23rd, aiming to ensure the logistics operation of food supply between Britain and France and EU countries.

According to the agreement between France and Britain, truck drivers can enter France from the United Kingdom via a ferry or a tunnel with a negative test for the new crown virus within 72 hours. The UK is preparing to launch a large-scale inspection of truck drivers entering France starting on the 23rd.

7. Egypt’s e-commerce market has unlimited potential, with a scale of 40 billion Egyptian pounds

According to news on December 25, it is reported that Ibrahim Ashmawi, director of the Egyptian Internal Trade Development Agency, said that Egypt’s e-commerce market has reached 40 billion Egyptian pounds. This figure only represents 10% of the actual transaction volume of online trade, and the rest is carried out informally.

Ibrahim Ashmawi also revealed that the Egyptian Authority has drafted an e-commerce law in cooperation with the Ministry of Communications and Information Technology to regulate the development of e-commerce. To support the development of e-commerce, Egypt will also establish an electronic system to track goods received under the indirect transportation system. The electronic system is expected to be launched on a trial basis in April 2021.

8. DP World will build a $1 billion port in Senegal

According to news on December 25, Dubai-based port operator DP World has reached an agreement with the Senegalese government to develop a deep-water port in Ndayane with a total investment of US$1.1 billion.

The port will be developed by DP World Dakar, a joint venture between World Ports and Dakar Port Authority. The first phase of the plan invested 837 million US dollars, and the second phase invested 290 million US dollars. In addition, a special economic zone adjacent to the port is also being planned. Once completed, the port will be able to accommodate the largest container ship in the world.

The port project is part of the “World Logistics Passport”, which is a major initiative launched by Dubai to connect countries around the world and increase South-South trade.

9. Walmart announces cooperation with FedEx to solve the problem of return flow

On December 25th, according to foreign media reports, after online orders skyrocketed, Wal-Mart is working with FedEx to resolve the “horrible” return problem.

Wal-Mart said that this return flow service is free and will continue to be used after the holiday shopping season. For users, as long as they start the return process on the Wal-Mart website or app and select the pick-up date, they can wait for FedEx to pick up the package. Data shows that Wal-Mart’s US online sales have soared 79% in the most recent quarter.