On January 20th, US time, the Los Angeles Times reported that nearly 700 dockers in the two ports of Los Angeles LA and Long Beach were infected with the new crown virus. Hundreds of people are still in isolation. The two ports are billions of dollars. The logistics economy of China is likely to slow down severely.

With the spread of the virus in California, the infection rate of coastal workers is also increasing, which has exacerbated the chaos in the port, which is also triggered by the surge in imports of general merchandise caused by the epidemic. Port executives, union leaders, and elected officials are launching an emergency campaign to help start the vaccination of dock workers, who fear that labor shortages may cause the dock to close.

The entire Southern California is facing the threat of the virus, and businesses and warehouses are struggling to survive amidst the wavering sanitation ban.

As the epidemic worsens, it becomes more difficult to control the virus, especially for medical staff, supermarket employees, and dock workers.

In the second half of 2020, the container throughput of Los Angeles and Long Beach increased by nearly 50%. This has led to a backlog of cargo in the port, a large increase in the number of containers and a shortage of manpower at the terminals. As of January 19, a total of 45 ships berthed outside these two ports waiting for unloading. This is the rarest months-long delay in the last six years.

Beginning in December last year, logistics companies, port supervisors, and officials from the International Terminal and Warehouse Alliance have been “doing their best” to help dockworkers perform testing and vaccinations.

In response to the global epidemic of the new coronavirus, we have launched a virus-killing product called Virus Block Out, or Chlorine Dioxide Card. It can effectively sterilize and bring you a safe environment. Product interested, click here to browse more. 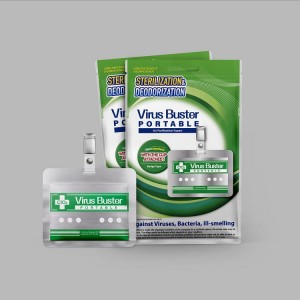 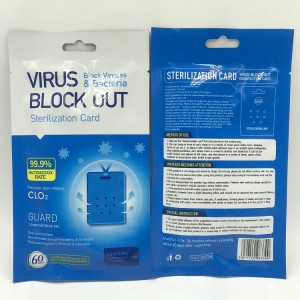