1. Royal Mail restricts the delivery of mail and parcels in many places in England due to the new crown pneumonia epidemic

According to news on January 15th, Royal Mail recently announced a list of 28 regions (27 in England and 1 in Northern Ireland), saying that because a large number of postal employees in these regions have contracted new crown pneumonia or self-quarantined, mail packages The delivery and issuance of is restricted.

The announcement stated: “Due to resource issues, delivery to the following areas may be restricted.” Royal Mail stated that residents of these 28 areas need to wait for the card to be notified of the pickup. Failure to receive the card means that the delivery cannot be picked up yet.

It is reported that some areas on the list are not far from London or belong to the Greater London Metropolitan Area.

2. CICC: Cross-border e-commerce is expected to maintain a 30% growth rate in the next four years

CICC pointed out that in 2020, the epidemic will accelerate global retail online, and we expect China’s cross-border e-commerce B2C exports to exceed 2.1 trillion yuan. In terms of space, the penetration rate of cross-border e-commerce retail exports is less than 16%, and the penetration rate of overseas online shopping is less than 20%. There is a lot of room for improvement.

In terms of model, cross-border e-commerce has broken the channel barriers of traditional foreign trade, strengthened the transmission of product power to brand power, promoted Chinese brands to go overseas, and promoted the globalization of Chinese logistics.

On January 15th, Li Kuiwen, spokesperson of the General Administration of Customs and Director of the Statistics and Analysis Department, said at a press conference that in 2020, my country’s new foreign trade business will develop vigorously, and the annual cross-border e-commerce import and export will increase by 1.69 trillion yuan. Increased by 31.1%, market procurement and export increased by 25.2%. The China-Europe Express operated 12,400 trains throughout the year, sending 1.135 million TEUs, an increase of 50% and 56% year-on-year respectively, and the comprehensive heavy container rate reached 98.4%.

According to data released by the General Administration of Customs, the customs cross-border e-commerce management platform will check and release 2.45 billion import and export invoices in 2020, a year-on-year increase of 63.3%.

According to reports, the new service center is located in the Riga freight hub of Globalink logistics company. Kerry Logistics’ railway freight team can provide cost-effective multimodal transportation solutions for containers, bulk cargo and project cargo to Mongolia. For temperature-sensitive goods and high-cost products such as medicines and seafood, the company can provide refrigerated container truck services.

5. Report: The scale of global cross-border e-commerce transactions is expected to exceed one trillion US dollars in 2020

The report shows that the scale of global cross-border e-commerce transactions is expected to exceed $100 billion in 2020, with an average annual growth rate of up to 30%.

6. Ali International Station: The transaction volume in 2020 will increase by 101% year-on-year

On January 15th, yesterday, Alibaba International Station released its 2020 annual report. The actual transaction volume of the platform increased by 101% in US dollars, and the number of orders doubled.

7. The approval and implementation preparations of the RCEP China agreement will be completed within 6 months

According to news on January 15, Gao Feng, spokesperson for the Ministry of Commerce, said that China has initiated the domestic approval process for the RCEP agreement since December last year, and it is currently proceeding smoothly. 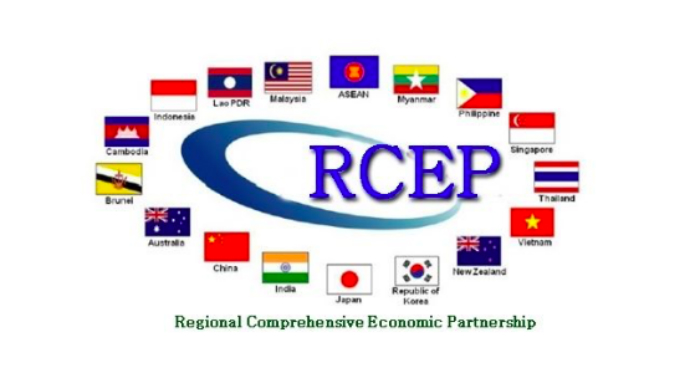