On January 22, Hyundai Heavy Industries Group’s secondary holding company in charge of shipbuilding business, South Korea Shipbuilding & Marine Corporation, announced that due to the delay of the European Union (EU) corporate merger review and other reasons, it has decided to extend the time limit for the acquisition of Daewoo Shipbuilding, which will combine with the Korean industry. The term of the in-kind investment and investment contract signed by the bank (KDB) was extended from September 30 last year to June 30 this year, and the time limit for acquiring the new stock subscription rights for Daewoo Shipbuilding was also extended to December 31 this year. 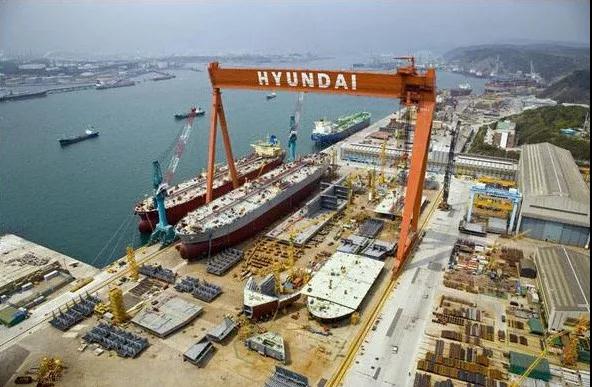 According to requirements, the merger of Hyundai Heavy Industries Group and Daewoo Shipbuilding must pass anti-monopoly review in six countries and regions, including South Korea, the European Union, Japan, China, Kazakhstan, and Singapore. But so far, it has only received “unconditional approval” from Kazakhstan, Singapore and China.

Among the remaining three countries and regions, the EU, which has postponed the review three times on the grounds of the new crown pneumonia epidemic, has received the most attention.

In January and March last year, the European Union twice suspended the review of the merger of the two major shipping companies in South Korea, mainly because the epidemic prevented companies from providing the required information.

On June 3, the European Union announced that it would restart the merger review and set the final date for the review results to be released on September 3. However, in mid-July last year, the EU antitrust regulator again suspended the merger review.

South Korea Shipbuilding & Marine said that after the merger review of the European Union, South Korea and Japan was postponed due to the new crown pneumonia epidemic, other acquisition procedures were also postponed. Therefore, it signed this amendment contract with the Korea Development Bank, except for the change in the contract termination time. Besides, there are no other changes.