First in Asia and third in the world, with a fleet of 866 aircraft and more than 2,400 passenger-to-cargo flights

According to the official introduction, China Southern Airlines currently operates a fleet of 866 aircraft, first in Asia and third in the world. It has the most developed domestic route network. The 777 freighter fleet ranks first among domestic airlines. China Southern Airlines has connected 27 countries. There are 13 domestic stations, 35 stations abroad, 56 international passenger-to-cargo routes, and the monthly number of passenger-to-cargo flights exceeds 2,400.

2. eBay: The impact of snowstorms in many parts of the United States may cause delays in parcel delivery

According to news on February 24, the eBay platform issued an announcement on February 22 that according to local notices, many areas in the United States have been severely affected by extreme cold waves and winter blizzards. Postal facilities in many areas have been affected, which may cause their packages. Delivery delays. Sellers are requested to pay close attention to relevant logistics information and communicate with buyers in a timely manner. 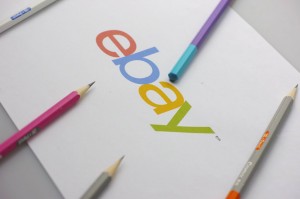 3. It is reported that JD Logistics’ European warehousing base will be put into trial operation at the end of May

According to news on February 24, JD Logistics has completed its layout in Germany, the United Kingdom, and the Netherlands. It is expected that these three logistics storage bases will be opened for trial operation at the end of May. At present, Huawei and other Chinese companies have signed cooperation agreements with JD Logistics, and they will become the first batch of companies to enter JD Logistics in Europe.

It is reported that Liu Qiangdong told the German media in 2018 that JD.com will expand to Europe and plans to complete various deployment measures to enter Europe by the end of 2018.

4. Amazon Europe will increase the maximum size and weight standards of FBA products

This will allow sellers to use FBA to complete single-box orders for domestic customers whose product size is length> 175 cm, weight> 31.5 kg, and width> 360 cm.

On February 24 news, Amazon Japan announced that it has launched a “nearby area delivery” function, which sellers can use to provide buyers with faster shipping services. Amazon Japan has now launched the “nearby area delivery” function, and the delivery speed through the nearest warehouse in the buyer’s area is often faster than domestic delivery. The “Distribution to Nearest Area” function allows sellers to shorten the shipping time for domestic standard delivery orders.

After the new feature is launched, for buyers whose default delivery address is in the same area as the location of the seller’s warehouse, sellers can choose a faster shipping time in the delivery template.

According to news on February 24, Sichuan Airlines Cargo Aircraft B-308Q flew the Chengdu-Moscow-Brussels route recently, transporting 3.7 tons of cargo to Moscow, marking the opening of the first fifth-freedom cargo route of Sichuan Airlines.

In 2020 sales, Amazon Australia has US$511 million in sales from Amazon’s own brand, which more than tripled from the previous year’s US$218 million. In addition, the revenue generated by Amazon Prime members in Australia in 2020 will reach 90 million US dollars.