According to foreign media reports, the United States will temporarily maintain the tariffs imposed by the former Trump administration on Chinese goods, but will evaluate how to proceed after a thorough review.

Recently, US Treasury Secretary Janet Yellen said: “At this stage, we retain the tariffs previously imposed by the Trump administration. We will continue to evaluate which measures are more appropriate. I hope China will continue to fulfill its commitments.”

The White House said last month that it would review all national security measures implemented by former President Donald Trump, including a temporary trade agreement with Beijing.

This agreement eased tensions between the two largest economies in the world. Previously, US experts estimated that the destructive trade war between China and the United States resulted in the loss of a record-breaking 245,000 US jobs, and most tariffs are still being implemented between the two countries.

According to foreign media, according to the interim agreement signed by the two sides in January 2020, China originally promised to purchase an additional US$200 billion in US goods and services within two years. But a recent study showed that China is 42% lower than the purchase target set last year.

However, the fact is that the U.S.’s export share to China has been drastically reduced due to the epidemic. Therefore, it is the United States’ own reason, not China’s failure to fulfill its promises.

In addition, Janet Yellen added in an interview: “We are assessing the way we should treat China, but on a series of issues, we see unfair practices.”

It is reported that the so-called unfair practices include forced technology transfer and subsidies for high-tech industries.

Before U.S. President Biden took office, he promised that the people would build a good relationship with U.S. allies, but he remained tough on the China issue. This week it warned that Beijing would pay for its human rights violations. 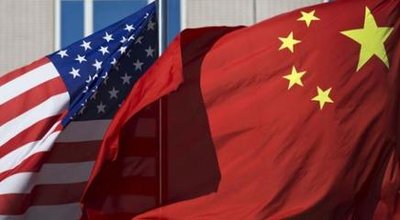 China’s response: no winner in the trade war

In response, the spokesperson of the Chinese Ministry of Foreign Affairs said: “China hopes that the new US administration can proceed from the fundamental interests of the two peoples and the common well-being of the international community, uphold the concept of openness, tolerance, mutual benefit and win-win, focus on cooperation, and manage differences. , And work with China to bring China-U.S. relations back on track, create a favorable atmosphere for the healthy development of China-U.S. economic and trade cooperation, and better enhance the common well-being of the two peoples.”

A spokesperson for the Chinese Ministry of Foreign Affairs said: “We have taken note of relevant reports. There have been many voices in the United States that opposed the previous U.S. administration’s trade war against China. They believe that this approach will not only solve the United States’ own problems, but will instead. Make America’s own businesses and consumers pay the bill.”

The essence of Sino-US economic and trade relations is mutual benefit and win-win. There is no winner in the trade war. This has been proved by a large number of facts. This report of the American Chamber of Commerce has once again confirmed this point. Decoupling from China is decoupling from opportunities and decoupling from the future. Decouple from the world.